RSS
← Back to the Beach
Winding Down the School Year →

For Mother’s Day in May, Nyan and Daddy accompanied Mommy to a production of the ballet, Swan Lake. It was a very nice performance, and Nyan did quite well with his first-ever ballet, sitting patiently, enjoying the dancing and the music, and not fidgeting much at all (although, about 15 minutes into the show, he did ask, “When are they going to start talking?”). 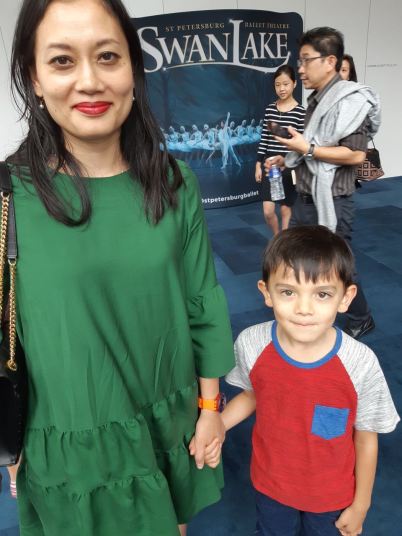 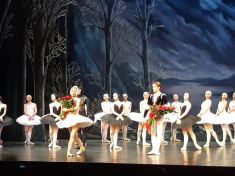 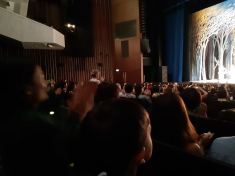 The theater was in the western part of the island, pretty far from home, so we made an afternoon of it. That included a stroll to a nearby office building that has a lush garden on part of its roof – and features the Jedi master himself standing in a pond: 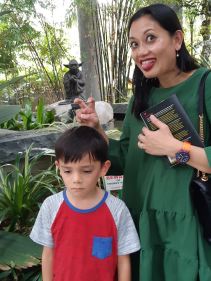 (Of course, Nyan had to do his thing where he tries to look miserable for the camera!)

We then headed to a nearby shopping mall for some food, browsing and – crucially – a haircut for the young man. Came out pretty well, we thought! 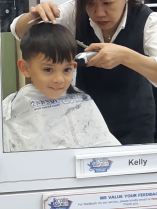 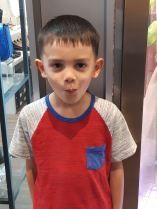 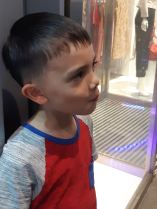 Before the haircut, we had dinner at a Japanese place, which featured mellow Japanese music playing in the background. Nyan did a sort of martial arts/dance combo. What can we say; he’s a goofball sometimes.

← Back to the Beach
Winding Down the School Year →