Back to the Beach

We always lament that we don’t get down to our seaside park – just a 10 minute stroll away – nearly as often as we should, so we’ve been proactively trying to change that. Here’s a look at a couple of recent visits.

School helped out with one: Nyan’s class took a field trip of sorts down to East Coast Park, for a beach cleanup. The kids donned gloves and trash bags and got to work, and helped make their little corner of the world just a little cleaner.

Here they all are. (Don’t be fooled by Nyan’s rather sad looking faces. He’s just goofing for the camera, like he does. He had a fine time.) 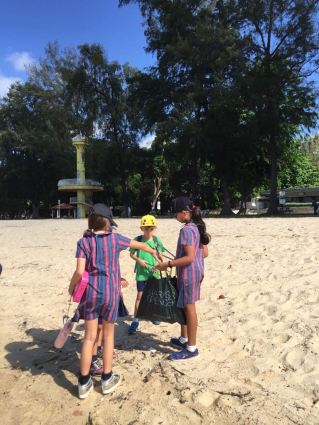 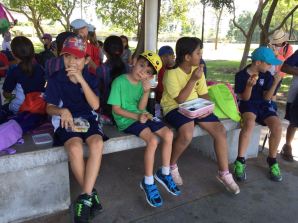 Another day around the same time, Nyan and Daddy went down for a late-Sunday-afternoon round of sand-play and dinner. Here he is on the sand, including with a little boy, maybe four years old, who started playing with him.

When night fell, we retreated to a beachside restaurant that was nearly empty, for some reason. (No, it wasn’t because the food was bad; the food was fine.) They were playing music and had a bunch of disco balls on the ceiling. Did our boy dance? He did.

A robotic dance to go with the robotic music:

And a more mellow, light-chasing dance to go with the more mellow music: