Every autumn, Nyan’s school puts on a song-and-dance concert at a local auditorium. In 2015, Nyan wasn’t exactly the star of the show… well, he was in a sense, but only in the sense of everyone was looking at him because he just stood there glowering on the stage, not moving or singing. (You can reminisce here.)

But this past November, there was no such problem. He was awesome. Check out this official video of the performance. (Note that there’s 90 seconds or so of introductory remarks before the fun kicks in).

Some stills from that performance: 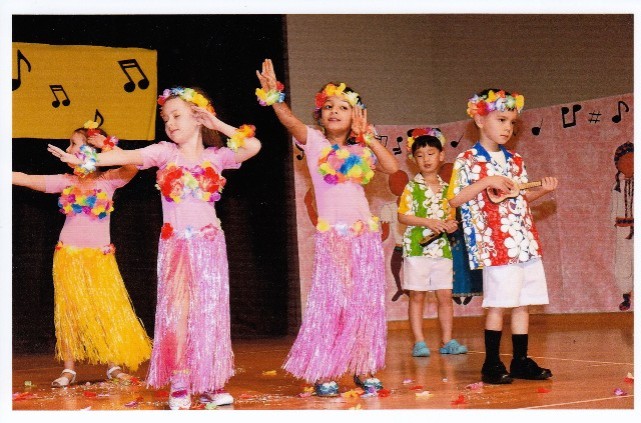 There was also a finale piece, featuring all the kids from all the schools taking part:

Everyone was all aglow afterwards:

And some more backstage pictures, also featuring the proud parents: 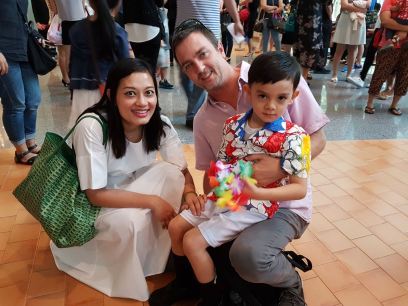 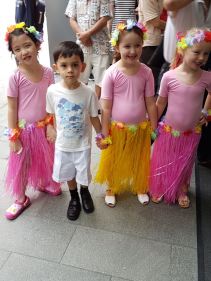 Finally, a couple more videos of the performances. The ones above are the ‘official’ videos — these were shot by Daddy and so focus solely on Nyan. The quality isn’t quite as good either, but still worth a look: