Celebrating the Year of the Dog

Chinese New Year — a.k.a. the Lunar New Year — is a big, big deal in Asia. In Singapore, it’s a bigger deal than Christmas, with nearly every store closed down for a couple days (whereas many stores and restaurants stay open for a normal business day on Christmas). There are family reunions constantly during the Chinese New Year celebrations, plus plenty of other activities. We took part in as many as we could, just to get into the spirit.

That included a visit to the official residence of Singapore’s president — more on that in a later post — and an evening spent in the heart of the action, Singapore’s Chinatown.

This year is considered the Year of the Dog, so Chinatown was full of dogs of all shapes and sizes. Like these giant inflatables towering over the main intersection: 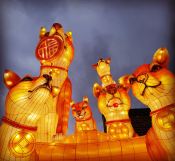 There were also lots of these sort of foam rubber dogs, at a more human scale, all over the place too. 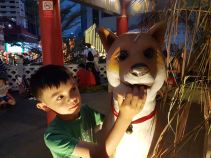 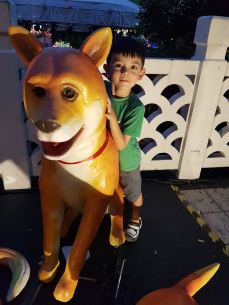 Lots of lanterns and lights everywhere (click to enlarge):

Nyan really enjoyed a permanent display of an old rickshaw that’s along one of the pedestrianized streets, I suppose to give a taste of what life was like back int he day.

We also popped into a giant Hindu temple that’s downtown, just for the heck of it. Not very Chinese New Year-y, but it’s a pretty amazing temple, plus there’s a nice patch of grass to roll around in. 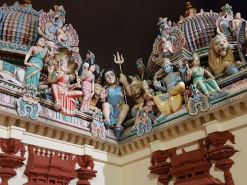 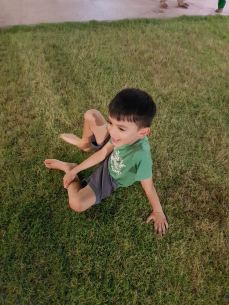 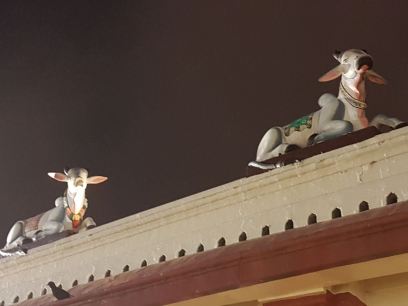 Nyan’s school got into the New Year spirit too. Everyone dressed up in brightly  colored clothes for a school-wide assembly: 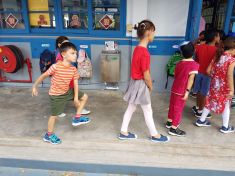 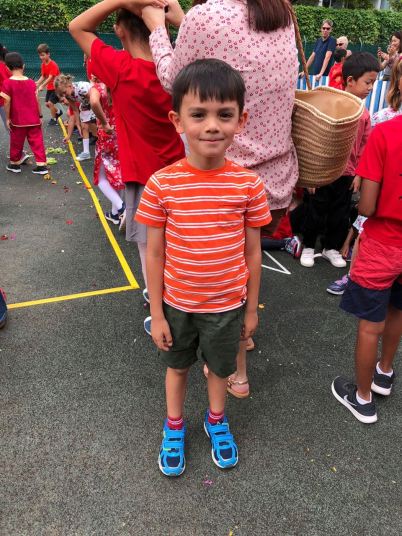 The kids also put on a very intricate and elaborate dance performance. We’re not sure what it actually means, but it’s actually quite impressive. Nyan can really move! This video is a bit long but worth it:

We close with a couple of shots of Nyan and Jayden. These two really do love each other. 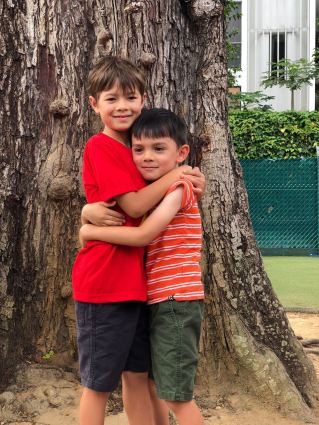