Up Among the Tall Trees in Northern California

Nyan had never seen a redwood tree before. We had thought about going to Muir Woods National Monument on previous visits to the Bay Area, but the fear of crowds kept us at bay. (That, and jetlag that always seemed to mean we slept more than sight-saw.)

This time around, we zeroed in on Big Basin Redwoods State Park, about an hour and a bit south of San Mateo, just to the west – along some climbing and winding two-lane roads – of Cupertino. We headed out early one morning (thanks, again, to the jetlag) and got there not long after they opened, around 8ish. It was quite chilly, especially for us equatorial residents who lack much warm clothing, but it was not crowded, the morning sun was glorious, and the trees were superlative.

Let’s just check out some pictures and videos. Words don’t do it justice. 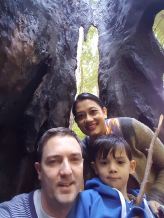 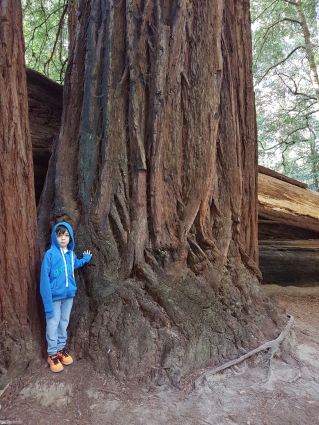 And some videos too.

We were all suitably impressed. Then, while driving on from the park, in the middle of the redwood forest, we suddenly chanced upon…a Burmese monastery! What? How random. We stopped, of course, and checked out the stupa. Didn’t see any people at all; it was peaceful and seemingly deserted. Then we found the monk – yes, there was just one monk – and then we found some other Burmese folks who come up every weekend to cook up a week’s worth of food for the monk to eat. They promptly offered us a huge Burmese spread for lunch, which we gratefully accepted.

Our final stop on this busy morning was at a NASA museum, not far from Google headquarters. It was a small affair, but kinda neat. It had some replicas of modules from the International Space Station, displays about various satellites and space missions, and an actual moon rock brought back by one of the moon missions. It actually wasn’t as awe-inspiring as we had hoped – it was just a little rock, encased in a glass display. It was so uninspiring, in fact, that we forgot to take a picture of it. Oops. 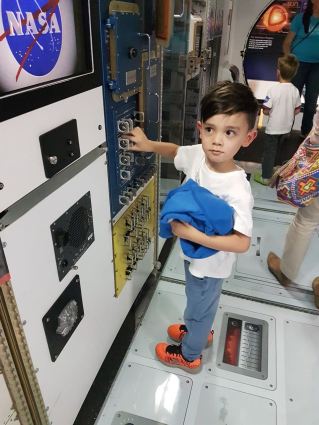 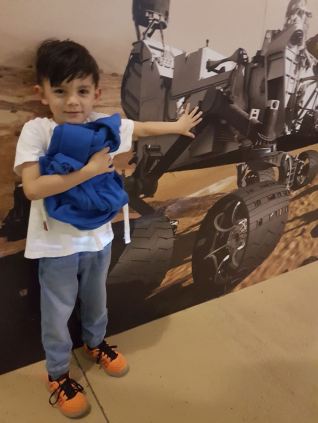 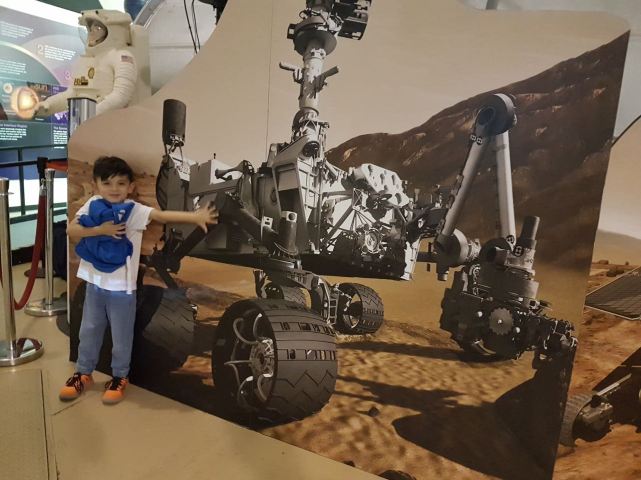 Then it was off for a drive through the nearby Google corporate campus before heading back to our rental apartment. Nice day overall.

Let’s end with some more photos of those majestic redwoods. 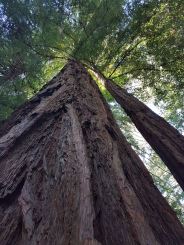 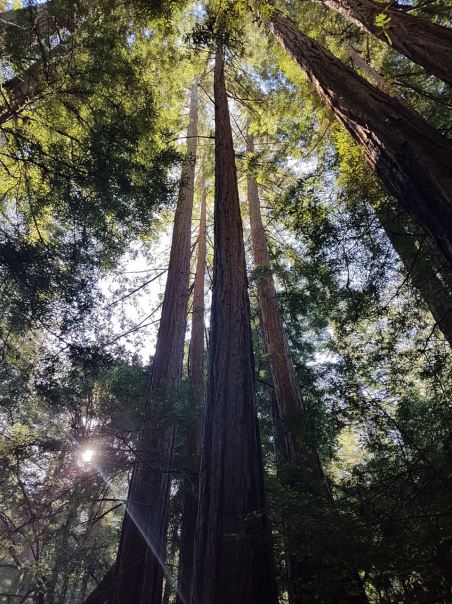