RSS
← Nyan Thomas Does Bali
Springtime in Singapore, Part One →

We signed Nyan up for some taekwondo classes. We did this with a little trepidation; long-time readers may recall how we signed on for some kung fu classes two years ago; after some initial interest, Nyan quickly grew bored with listening to the instructor. He became a bit of a distraction to the class, and the whole thing was far more stress than fun, so we dropped it.  (For a trip down memory lane, click here.)

But then, he was not yet three years old then – now he’s almost five. And he expressed interest himself in taekwondo. So we bit the bullet and signed up at a studio near our apartment – in the same building as his school, it so happens.

First up was a half hour trial session, one on one with one of the instructors to do a few basic moves and stretches. And Nyan was great! He was engaged, he listened and showed proper respect to the instructor; in short, he thoroughly enjoyed it. Some photos from that session: 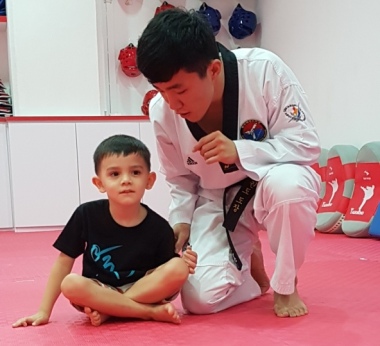 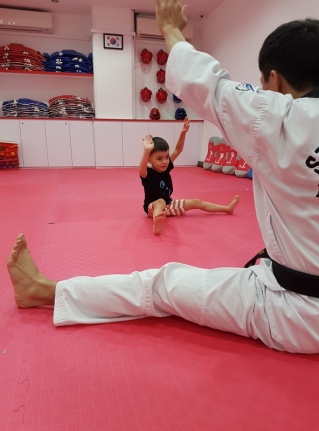 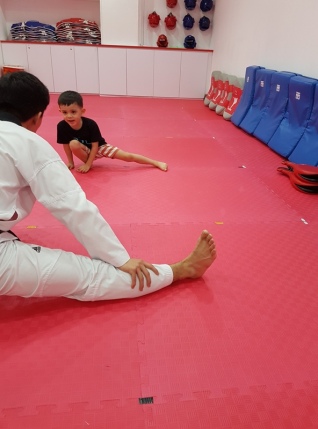 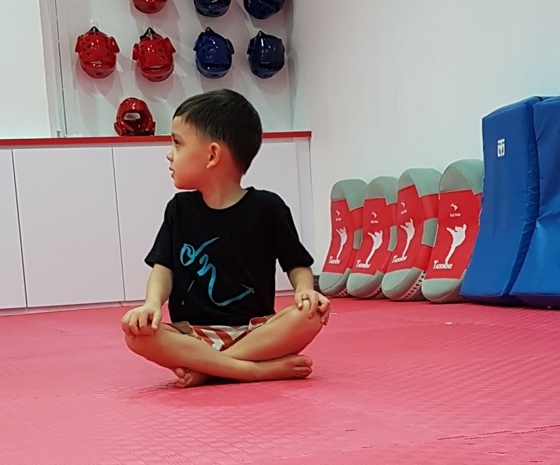 Clearly he was into it. So we signed up for a month’s worth of classes. The first one was this past Monday evening. Daddy picked him up early from school; teachers and fellow students wanted to see his uniform (yes, we know it’s about a dozen sizes too large), so we changed there at school. After Nyan got done vamping for the camera, he showed off to his friends and teachers; all were suitably impressed. 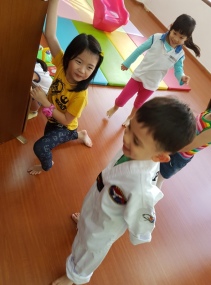 Then to the class. It was Nyan and four other little boys. It was an absolute success. Nyan had a blast; he listened to the instructor; he made pals with the other boys. He doesn’t have all the moves down pat just yet, of course, but that’ll come quickly.

Daddy peeked through the glass door from time to time and stole some little videos. He definitely doesn’t have the moves down yet, but he’s really into it. And notice how he’s always sneaking peeks at the other boys and mimicking what they do. He’s learning, and so long as his interest level stays high, he’ll get pretty good in short order, we think.

← Nyan Thomas Does Bali
Springtime in Singapore, Part One →