Back to the Singapore Airshow 2020

The Singapore Airshow is held every two years. It’s mostly a way for airline manufacturers and (especially) defense contractors to get together and sell their stuff to companies and governments across Asia. But they also open it up to the public who can come tour some planes, see fighter jets doing acrobatic things, and the like. We went in 2016 and again in 2018 (see here). So of course we were gonna go in 2020.

Or would we? The coronavirus was spreading ahead of the show’s February date, and restrictions were being put in place. There was even talk about canceling the show, but they ended up going ahead but with fewer tickets sold to ensure smaller crowds. We debated whether it was safe to go but correctly decided it would be. So Daddy and Nyan headed there one Saturday afternoon.

It was fun! It definitely wasn’t as big as in past years — several airplane exhibitors pulled out — but we still had a good time.

The Chinese Air Force was on hand, showing off their skills and their fancy planes.

The US military was also there, of course — two superpowers fighting for military and commercial control of Southeast Asia! Or something like that. Here are some of the planes on display — most years this tarmac is packed with aircraft and heaving with people. This year, not so much. 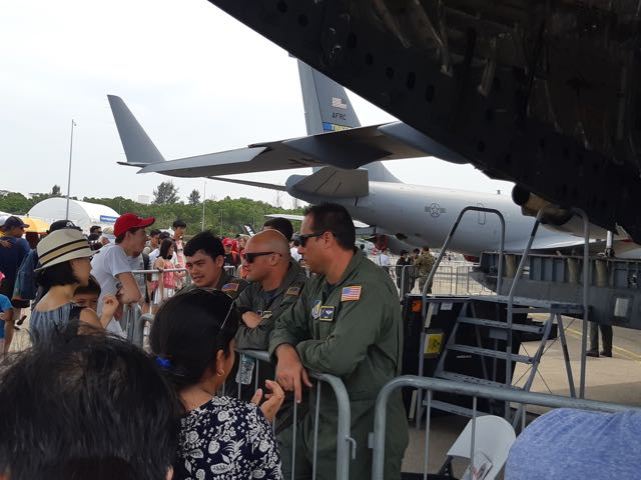 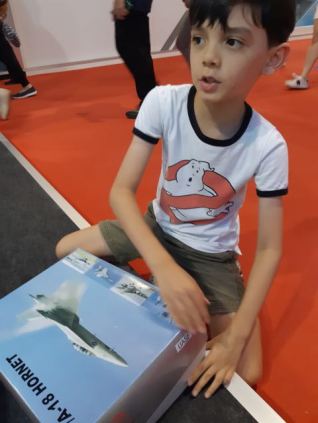