Second in our two-part series about little moments and events that took place in September.

On Thursday afternoons, after school and before taekwondo, Nyan took part in an art class held at his friend Nadia’s apartment, just across the swimming pool from us. It was one instructor, seven girls and Nyan. He was a little worried at first, we think, what with being the old boy there, but he quickly got over that and had a blast. 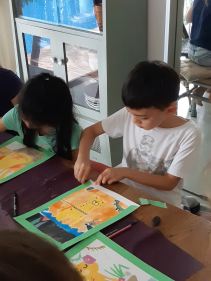 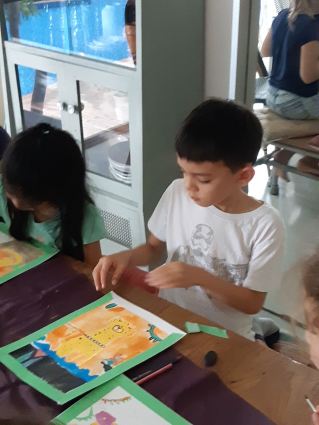 Over the summer, we saw The Lion King (the movie) for the first time, as well as a short live-action version of it at Hong Kong Disneyland. When we heard that the musical version was coming here, we snapped up tickets. No pictures of the performance itself, but here’s our hero (and his peeps) before the show. He loved it, by the way. 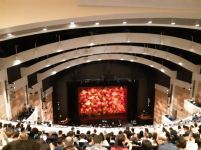 We were sad to see Jayden and his family move away in August, but one small consolation prize was inheriting their electric piano. Daddy’s had fun playing it, and Nyan has fun pounding the keys. We’re hoping it’ll spark some interest in actually learning to play. But for now, we have this.