RSS
← Mega-Fun in the Month of May
California Dreaming →

Judo! and a Playdate

There’s a judo studio – the Dojo – on the lower level of the building that houses Nyan’s school. A little while ago, they ran a promotion, offering a one-hour intro class at a discounted rate on a Sunday morning. Nyan expressed interest, so we decided to give it a try – not as a potential replacement for taekwondo, just as something to do. Best of all, his great friend Adriana decided she’d attend as well. 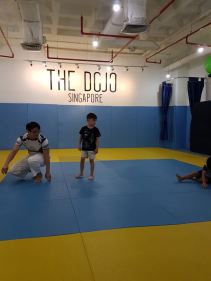 We took lots of video. Here’s the warm-up and some general exercises:

And there was some (attempted) rolling as well.

One of the exercises called for the kids to basically tackle the teacher. Which they did with relish and gusto:

Then there was the time when Nyan and Adriana faced off. I kinda feel like Adriana won this round. (She *is* six months older, bear in mind…)

After all that excitement, it was decided that Adriana would come over to our place – we live across the street – for an impromptu playdate. The kids were happy: 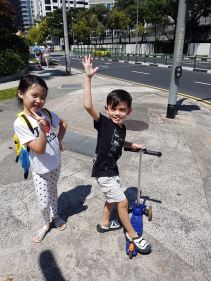 It was Adriana’s first time to visit our place, and Nyan was excited to show her around, including the view out his bedroom window. 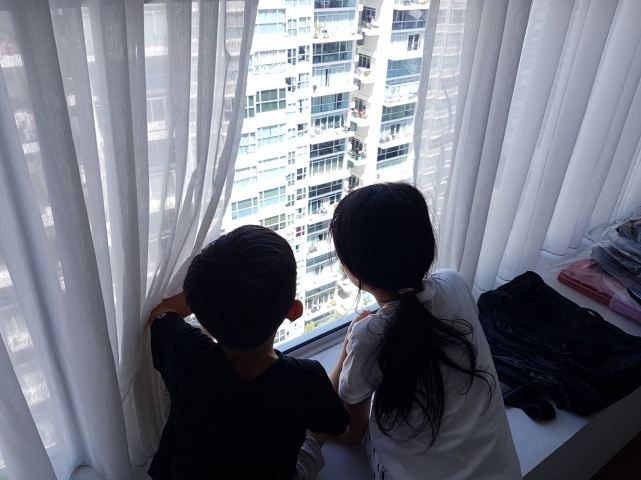 They played both inside and outside, and managed to squeeze in some drawing time as well as a goofy photoshoot. 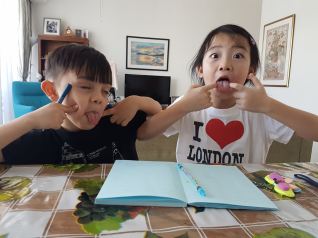 A great way to spend a Sunday.

← Mega-Fun in the Month of May
California Dreaming →